Página 10
In the watery coastal parishes south and southwest of New Orleans, I spent many
days and nights with Cajuns who ... The Cajun boat captains who picked me up,
backpack on my shoulders,would sit proudly in their wheelhouses,many of them
...
Página 11
For hours I listened as Cajun fishermen spoke to each other in the lively, archaic
version of French that their ancestors ... Having survived a long history of
persecution—in France, in Nova Scotia, and in the American colonies—the
Cajuns ...
Página 19
And then there's the culture—jazz,zydeco,gumbo,po'boys,craw- fish, Café du
Monde, Cajuns, Creoles, Tennessee Williams, Mardi Gras, Jackson Square,
shotgun houses, and the second-line parade. Seven million Americans once
visited ...
Página 187
Alcanzaste el límite de visualización de este libro.
Página 190
Alcanzaste el límite de visualización de este libro.
Siguiente »

Mike Tidwell predicted in vivid detail the Katrina hurricane disaster in his 2003 book, Bayou Farewell: The Rich Life and Tragic Death of Louisiana's Cajun Coast. He has written five books centered on the themes of travel and nature. These include Amazon Stranger (detailing efforts to save the Ecuadorian rain forest) and In the Mountains of Heaven (travels to exotic lands across the globe). Tidwell has won four Lowell Thomas awards, the highest prize in American travel journalism, and is a former grantee of the National Endowment for the Arts. His articles have appeared in many national publications. Tidwell is also founder and director of the U.S. Climate Emergency Council, based in Takoma Park, Maryland. A native of Georgia, he now lives in Maryland with his nine-year-old son, Sasha. 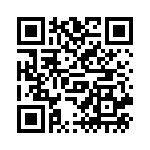