Orrin Devinsky, Daniel Friedman and Siddhartha Nadkarni, affiliated with the NYU Epilepsy and Neurology Center are all currently under criminal investigation by the Insurance Commissioner of NY for fraud. This investigation was referred after being reviewed by two fraud investigators in the Attorney General’s Office.

As a contributor and experience with trauma psychology, human factors, trauma, and secondary trauma (comPassion fatigue) this book should be considered an important contribution to humanity.

Gary B. Melton, PhD, is Professor of Psychology and Director of the Institute on Family and Neighborhood Life at Clemson University, and a fellow in the Centre for Psychology and Law at the University of the Free State in South Africa. He is a past president of Childwatch International, the American Orthopsychiatric Association, the American Psychology?Law Society, and the American Psychological Association (APA) Division of Child, Youth, and Family Services. He is the recipient of three APA Distinguished Scientific Contribution Awards (for Psychology in the Public Interest, Public Service, and International Advancement of Psychology), among many other honors for his research and public service. The author of more than 300 publications, Dr. Melton has traveled in more than 40 countries, in most cases for research, consultation, or lecturing; his work has been cited by U.S. courts at all levels; and he has been an advisor to the U.S. Attorney General and the U.N. Committee on the Rights of the Child. Dr. Melton served as vice-chair of the U.S. Advisory Board on Child Abuse and Neglect and as national vice-president of Parents Anonymous, and he was a member of panels of the National Academy of Sciences on mistreatment of older adults and on training of health professionals about family violence.

John Petrila, JD, LLM, is a professor in the Department of Mental Health Law and Policy at the University of South Florida. He served as chair of the Department from 1992 to 2004. He has also been General Counsel to the New York State Office of Mental Health and Director of Forensic Services in the Missouri Department of Mental Hygiene. Mr. Petrila is past president of the International Association of Forensic Mental Health Services and a member of the MacArthur Foundation Research Network on Mandated Community Treatment. He has published widely on mental health law and policy issues. He is the coeditor of the journal Behavioral Sciences and the Law, the coeditor of Mental Health Services: A Public Health Perspective, and a coauthor of The Effectiveness of Involuntary Outpatient Treatment, the RAND Institute?s study on the effectiveness of outpatient civil commitment.

Norman G. Poythress, PhD, is a professor in the Department of Mental Health Law and Policy at the University of South Florida. He is a past president of the American Psychology?Law Society and was the 1990 recipient of the American Academy of Forensic Psychology?s Award for Distinguished Contributions to Forensic Psychology. Dr. Poythress has served as a consultant to two MacArthur Foundation Research Networks, and his own research has been funded by the MacArthur Foundation and the National Institute of Mental Health. He previously served as an expert panelist in the development of a benchbook for psychological evidence, a project of the American Bar Association?s Commission on Mental and Physical Disability Law, and he recently served on a committee of the Institute of Medicine, National Academy of Sciences, that developed recommendations regarding ethical guidelines for research involving prisoners as participants.

Christopher Slobogin, JD, LLM, is the Milton Underwood Professor of Law at Vanderbilt University Law School.˙ In the early 1980s Mr. Slobogin helped establish Virginia?s outpatient forensic evaluation system as Director of the University of Virginia?s Forensic Evaluation Center and also directed a legal aid program at a state mental hospital. Coauthor of Law and the Mental Health System, the leading law school textbook on mental health law, he has authored over 40 articles and books on that subject. He has served as chair of the Law and Mental Disability Section of the American Association of Law Schools, reporter for the American Bar Association?s Standards on the Insanity Defense, coreporter for the ABA?s Resolution on Mental Disability and the Death Penalty, and editor/reviewer for several professional journals.

Phillip M. Lyons, Jr., JD, PhD, is Professor of Criminal Justice and an affiliate faculty member with the Clinical Psychology Doctoral Program at Sam Houston State University. He is also the Executive Director of the Texas Regional Center for Public Safety Innovation. Before graduate and law school, Dr. Lyons worked as a peace officer in the Houston area. When he left full-time law enforcement, he was a detective specializing in crimes involving children. His academic interests lie largely in the areas of public policy that affect children and law enforcement policy, with the aim of promoting inclusiveness, community engagement, and social support. He currently serves on the American Psychological Association?s ad hoc Committee on Legal Issues. 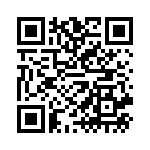