Pßgina 84
Variations in both patterns and strategic points are associated, we think, with
three major factors which we call (a) group structures, (b) group "cultures" or
climates, and (c) group situations. To recapitulate: We shall report first those
studies ...
Pßgina 97
While the same people may— or may not— be involved in these different
spheres of influence, the patterns of communication flow in each case take
different shapes. Thus, a first step in describing the patterns of communications
flow in a ...
Pßgina 389
"Attraction Patterns in a University," Sociometry, Vol. 12, pp. 158-169. Lynd,
Robert S. and Helen M. Lynd (1929), Middletown, New York: Harcourt, Brace. (
1937), Middletown in Transition, New York: Harcourt, Brace. Maclver, Robert M. (
1942), ... 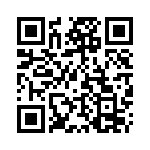