P·gina 17 - Would you tell me, please, which way I ought to go from here?' That depends a good deal on where you want to get to,' said the Cat. 'I don't much care where — ' said Alice. Then it doesn't matter which way you go,
Aparece en 735 libros desde 1869-2009
P·gina 15 - Without going outside, you may know the whole world. Without looking through the window, you may see the ways of heaven. The farther you go, the less you know.
Aparece en 26 libros desde 1974-2007
M·s
P·gina 32 - Things falling apart is a kind of testing and also a kind of healing. We think that the point is to pass the test or to overcome the problem, but the truth is that things don't really get solved. They come together and they fall apart. Then they come together again and fall apart again. It's just like that. The healing comes from letting there be room for all of this to happen: room for grief, for relief, for misery, for joy.
Aparece en 6 libros desde 2000-2008
Menos

Gillie Bolton has worked in reflective and therapeutic writing for personal and professional development for twenty-five years, and has written and edited five books, one of which is now in its third edition. A grandmother of three, she lives in Bloomsbury, London, and Hope Valley, Derbyshire.

Nigel Hartley has worked in End-of-Life Care for almost 30 years, between 2003 and 2015 as Director of Supportive Care at the St Christopher's Group, London where he was responsible for transforming day and outpatient services, developing volunteers and also leading on Community Engagement. He previously held posts at London Lighthouse, a Centre for those living with HIV/AIDS, and also at Sir Michael Sobell House Hospice in Oxford. He has a postgraduate qualification in management from Ashridge Business School, England and has an international reputation as a teacher and lecturer. Nigel also sits on the Editorial Board of the journal 'Mortality' - which promotes the interdisciplinary study of death and dying. He is a Visiting Academic at the University of Southampton and a Fellow of the Royal Society of Arts. He is currently Chief Executive Officer at Earl Mountbatten Hospice on the Isle of Wight in the South of England.

Christopher Johns is a teacher, researcher, nursing practitioner, reflexologist, therapeutic touch practitioner and a reader in Advanced Nursing Practice, at the University of Luton. He has published extensively on palliative care and reflective practice and caring theory. 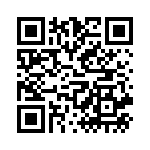