DIPLOMACY FOR THE NEXT CENTURY

Eban obviously enjoyed himself during the Castle Lectures at Yale (collected here), as he ranged like a well-trained bull through a china shop of political correctness. Eban, for many years foreign ... Leer comentario completo

Diplomacy for the next century

Eban has been a towering figure in Israeli politics since the country's 1948 founding; representative to the United Nations and ambassador to the United States are just two of his many credentials. He ... Leer comentario completo

Abba Eban in addition to his diplomatic and political roles in the Israeli government, Abba Eban was narrator of the nine-hour television series Heritage: Civilization and the Jews, which he turned into a best-selling book. His latest television film, The Brink of Peace, is a survey of the Middle Eastern peace process. He is also the author of numerous other books, including My People, The New Diplomacy, and Personal Witness: Israel through My Eyes. 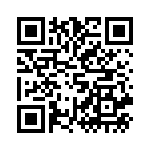