This book was the basis for Martin Scorsese's movie of the same name, and perports to solve the mystery of what happened to Jimmy Hoffa as well as the assassination of John F. Kennedy. One man was ... Leer comentario completo

I'm a sucker for mobster stories - especially ones that turn out to be true! When I saw a preview for the Netflix movie - The Irishman - I was hooked. I immediately went online to find out more about ... Leer comentario completo

Born and raised in New York City, Charles Brandt is a former junior high English teacher, welfare investigator in East Harlem, homicide prosecutor and Chief Deputy Attorney General of the State of Delaware. In private practice since 1976, Brandt was elected president of the Delaware Trial Lawyers Association and Delaware Chapter of the American Board of Trial Advocates. He has been named by his peers as one of the "Best Lawyers in America" and one of the "Best Lawyers in Delaware." He is a frequent speaker on cross-examination and interrogation techniques for reluctant witnesses. Brandt is the author of a novel based on major crimes he solved through interrogation, The Right to Remain Silent (SMP 1988). He lives in Lewes, Delaware and Sun Valley, Idaho with his wife, Nancy, and has three grown children. 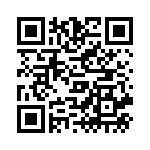