Página 124
Central to this chapter , however , is the concept of physical or psychological
dependency ( Wilkin , 1987 ) . Chronic ill - health , disability and mental or
physical frailty are all dependency - creating attributes and the majority of people
who are ...
Página 252
John Bond, Sheila M Peace, Freya Dittmann-Kohli, Gerben Westerhof. belonging
, regardless of physical ability . In contrast , Gubrium and Holstein ( 1999 ) found
that mentally alert and physically fit residents in a long - stay institution referred ...
Página 279
Physical integrity , however , is very rarely mentioned as being of concern . Older
adults in the third and fourth ages , on the other hand , speak so often about this
aspect of themselves that it amounts to the main feature of their identity . 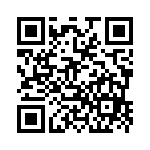