Página 89
These two had exercised their functions for about sixty six days when an order
came , from the sultan Abū Yūsuf , according to the Qirtās , " or Abū Ya'qub
according to the Zahra ,? that the two positions should be combined in the hand
of Abū ...
Página 104
The accounting produced an estimate of 24,000 silver dinars , dinar fiddi ,
according to al - Jaznā'ī , and 80,000 drawn from urban and rural sources ,
according to Ibn Abi Zar ' . Si Funds from the waqf's revenue were continuously
used for ...
Página 125
Another popular system , which fell between crop - sharing and hiring , was the
khimāsa , concluded by an oral agreement , according to which the khamās often
received more than the one - fifth implied in the contract's name , sometimes as ... 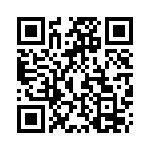