Página 38
At night his fever went off and he became composed - passed a good night , and
seemed to be decidedly better this morning . He has a little fever now , which will
probably go off at night , and I am quite in hopes he is substantially better .
Página 220
It was his habit , while at Marshfield , to rise at three or four o ' clock in the
morning . He rarely needed , and seldom took , when he was not ill , more than
six hours of sleep . The dawn of day to him was the most attractive period of the
twenty ...
Página 221
With them , morning is not a new issuing of light ; a new bursting forth of the sun ,
a new waking - up of all that has life , from a sort of temporary death , to behold
again the works of God , the heavens and the earth ; it is only a part of the ... 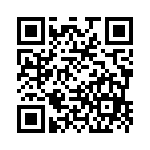