Página 205
He also seems to have greatly erred in separating himself from his colleagues
after having proposed a common action , and thus suggested to the Chinese the
idea of isolation . As he brought up gunboats and threatened to use them , the ...
Página 428
Mr. Rossetti, as we have seen, does little more than emphasise the fact that
Shelley was in the habit of making such slips, and perhaps it is difficult to get
much beyond this in the way of definite explanation. Still, it seems desirable to
offer, ...
Página 452
Here the original edition has slave instead of vassal , a manifest improvement in
metre , and , as it seems to us , in sense as well . These readings , and others of
the like kind , Mr . Rossetti seems to have overlooked , as he does not refer to ... 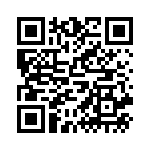