Página 256 - These are the times that try men's souls. The summer soldier and the sunshine patriot will, in this crisis, shrink from the service of their country; but he that stands it now, deserves the love and thanks of man and woman.
Aparece en 816 libros desde 1819-2008
Página 9 - Truth, crushed to earth, shall rise again; The eternal years of God are hers; But Error, wounded, writhes in pain, And dies among his worshippers.
Aparece en 918 libros desde 1834-2008
Más
Página 121 - I disapprove of what you say, but I will defend to the death your right to say it.
Aparece en 779 libros desde 1869-2008
Página 235 - Oh, what a tangled web we weave when first we practice to deceive!
Aparece en 614 libros desde 1828-2008
Página 5 - Above all, Alexander inspired Zeno's vision of a world in which all men should be members one of another, citizens of one State without distinction of race or institutions, subject only to and in harmony with the Common Law immanent in the Universe, and united in one social life not by compulsion but only by their own willing consent, or (as he put it) by Love.
Aparece en 10 libros desde 1927-2008
Página 7 - If I have seen farther than other men, it is because I have stood on the shoulders of giants.
Aparece en 81 libros desde 1882-2008
Página 377 - The dogmas of the quiet past are inadequate to the stormy present. The occasion is piled high with difficulty, and we must rise with the occasion. As our case is new, so we must think anew and act anew.
Aparece en 732 libros desde 1861-2008
Menos

Frederick Cookinham, 51, offers a series of walking tours called Ayn Rand?s New York. He has been observing the Objectivist and libertarian movements for thirty-seven years, and has written for several movement magazines. He lives in Queens, New York with his wife, Belen. Visit his website, www.centurywalkingtours.com for more information. 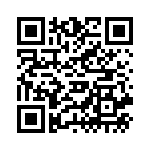