Página
Life itself requires energy. Food is stored energy. Ecosystems organize themselves to use energy as efficiently as possible. And human societies expand or ...
Página
... and because decades will be required for their full development, a Golden Age of plentiful energy from renewable sources is simply not in the cards.
Página
Emerging circumstances will require us to think much more clearly, critically, and contextually about energy than we have ever done before.
Página
If we could gather it up and re-concentrate it, it could still work for us; but the act of re-concentrating it would itself require more energy.
Página
This is only partly true: plants do require minerals from the soil, but most of their mass is actually derived from air, water and sunlight, ...
Siguiente »

Review: The Party's Over: Oil, War and the Fate of Industrial Societies

This book will ruin your life. You will never feel confident or sanguine about the future again. But you must read it. Take the blue pill - or is it the red? In any case, best to wake up but it's a harsh awakening. You can never go back. Leer comentario completo

Richard Heinberg is the author of nine books and is widely regarded as one of the world's most effective communicators of the urgent need to transition away from fossil fuels. With a wry, unflinching approach based on facts and realism, he exposes the tenuousness of our current way of life and offers a vision for a truly sustainable future.

Senior Fellow-in-Residence at Post Carbon Institute in California, Heinberg is best known as a leading educator on Peak Oil and its impacts. His expertise, publications and teachings also cover other critical issues including the current economic crisis, food and agriculture, community resilience, and global climate change. 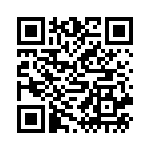