The Forbidden is the fifth book in the Vampire Huntress Legend series by L.A. Banks. It picks up from the action-packed ending of the fourth book, The Bitten where all of the top-master vampires and ... Leer comentario completo

I love this series and book because Damali and Carlos how such a powerful love for each other. Nothing gets between them. HEAVEN or HELL can compete with the love the have for each other. Damalis ... Leer comentario completo

L. A. BANKS is the author of the Vampire Huntress Legend series and the Crimson Moon Novels. She had a bachelor's degree from the University of Pennsylvania's Wharton School of Business and a master's in fine arts from Temple University. Banks considered herself a shape-shifter. She wrote romance, women's fiction, crime and suspense, and of course, dark vampire huntress lore. She lived with her daughter in an undisclosed lair somewhere in Philadelphia. 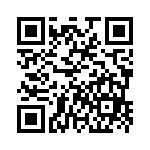