Jonathan Pevsner received his Ph.D. in Pharmacology and Molecular Sciences at the Johns Hopkins School of Medicine (1989). There, he identified an odorant-binding protein in nasal secretions. He completed postdoctoral training as a Helen Hay Whitney fellow in the Department of Molecular Physiology at the Stanford University Medical Center. At Stanford he identified proteins that function in neurotransmitter release at nerve terminals. In 1995 he joined the faculty in the Department of Neurology at the Kennedy Krieger Institute and the Department of Neuroscience at the Johns Hopkins School of Medicine. He began teaching bioinformatics in 1996, and introduced a ten-week course in 2000. In 2001 the graduate students voted him Teacher of the Year, and in 2003 the Johns Hopkins faculty gave him the Professor’s Award for Excellence in Teaching. His lab studies the molecular basis of childhood neurological disorders including autism and Down Syndrome, and develops bioinformatics software. 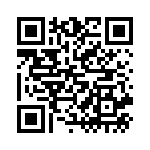