Página 68
The woman was surprised to see an old man in an apron , with spectacles on his
nose , calling to her , but she followed him in . They went down the steps ,
entered the little room , and the old man led her to the bed . “ There , sit down , my
dear ...
Página 256
Although a man of great strength , he found it very difficult to provide food for
them at the poor trade he followed . One winter day he was without work , and the
children were crying for bread . They were nearly starved . And , when he could ...
Página 272
If the whole world followed you , followed to the letterWould it be a nobler world ,
All deceit and falsehood hurled From it altogether ; Malice , selfishness , and lust ,
Banished from beneath the crust , Covering human hearts from view — Tell me ... 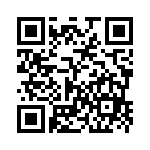