The reference to Piketty in the title of McShane’s book is, of course, to a book by Thomas Piketty, Capital in the Twenty-First Century (Belknap Press, Harvard UP, 2014). Initially, Piketty’s book received considerable attention in the economics community. Now, though, leading economists are realizing that it is lacking in fundamental ways.
McShane’s book takes Piketty to task, but, surprisingly perhaps, also takes establishment economics to task. Among other things, he draws attention to a key issue, an error in establishment economics that is neither resolved by Piketty’s descriptive financial data nor by present-day economic models.
The fundamental oversight is not recognizing that: There are two types of firm! McShane asserts that introducing this key insight into high school and undergraduate text books and efficiently communicating it to the general public will be key to our global future and our economic well-being.
These few comments are just a peek into McShane’s short but important book that I very much recommend. The book is accessible to a general audience, as are the key results.

Dr. Philip McShane was trained in mathematical physics, and then went on to study philosophy, theology, and economics.  He has written extensively in diverse areas, including evolutionary theory, linguistics, economics, and methodology.  He edited Bernard Lonergan’s (1904-1984) two major works on phenomenology and logic and political economy.  He has also given workshops and conferences in Canada, the U.S., Korea, India, Mexico, Columbia, and Ireland. 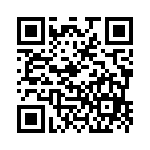