A fascinating and insightful book which gave me a far better understanding of the history and nature of the longstanding Evolution-Creation struggle. The author sees rival eschatologies as essentially ... Leer comentario completo

Not a pleasant read but quite learned. Certainly covers the intellectual and cultural ground of this ongoing debate that just doesn't want to go away! Leer comentario completo

Michael Ruse is Lucyle T. Werkmeister Professor of Philosophy, Florida State University. The author of many books, including The Philosophy of Biology and Taking Darwin Seriously, he is also the founder and editor of the journal Biology and Philosophy. He has appeared on "Quirks and Quarks" and the Discovery Channel.

Michael Ruse is Lucyle T. Werkmeister Professor of Philosophy and Director of the Program in the History and Philosophy of Science, Florida State University. He is the founder and editor of the journal Biology and Philosophy, and has appeared on âeoeQuirks and Quarksâe and the Discovery Channel. 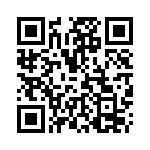