Lyall H. Powers is a Professor of English at the University of Michigan, Ann Arbor. He has published widely on modern American writers, and, with Leon Edel, edited the complete notebooks of Henry James. 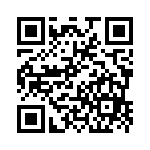