The late Warner O. Moore, Jr., was Associate Director of Student Services and an Adjunct Professor of History, The University of Alabama.

Robert F. Pace retired from the history department at McMurry University and is currently an Episcopal priest. 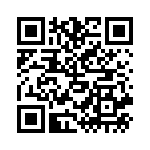