My grandmothers gained the right to vote in 1920. One died in 1946, and one in 1947 and the voted in every election they were qualified to do so. Leer comentario completo

David Wootton is Anniversary Professor of History, University of York. 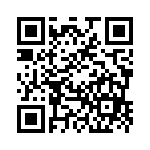