Pįgina 5
“ You may not possess , ” he said , “ the garrulity called eloquence , which sometimes rapidly forces up an impudent pretender , but you are sure to get early into respectable business at the bar , and you may count on becoming in due ...
Pįgina 100
Stone had called some lord about court ' fool ; ' the lord complains , and has Stone whipped ; Stone cries , I might have called my Lord of Salisbury fool often enough , before he would have had me whipped .
Pįgina 276
He was called to order , and a scene of intense excitement took place . Fox , starting to his feet , reprimanded him for the irrelevancy of his remarks . “ This , however , " he said , “ was a day of license , on which any gentleman ... 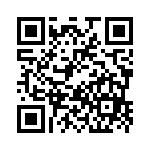