Irving Kristol was an editor and then the managing editor of Commentary magazine from 1947 to 1952; executive vice-president of the publishing house Basic Books from 1961 to 1969; Henry Luce Professor of Urban Values at New York University from 1969 to 1987; and co-founder and co-editor of the Public Interest from 1965 to 2002. He was the founder and publisher of the National Interest from 1985 to 2002.

Kristol was a fellow of the American Academy of Arts and Sciences, a member of the Council on Foreign Relations, and a fellow emeritus at the American Enterprise Institute. As a member of the board of contributors of the Wall Street Journal, he contributed a monthly column from 1972 to 1997. He served on the Council of the National Endowment for the Humanities from 1972 to 1977. In July 2002, President George W. Bush bestowed upon him the Medal of Freedom, the nation's highest civilian honor. His son, William Kristol, lives in Bethesda, MD. 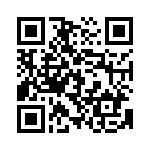