Página 108
cause of the loss , and that the exceptions " directly or indirectly ” from the second
. contained in the policies in those cases , Having thus , in the first exception ,
excludphrased as they were , were sufficiently ed liability for loss resulting
directly ...
Página 109
By or through " The insurance is against all direct loss or is but the repetition of
words meaning the damage by fire , with the exceptions stated same thing , and
the effect is the same that in the clause above set forth . The first it would be if
either ...
Página 400
filed within a reasonable time thereafter , , funds of his ward deposited without
fraud , and the appellee is in no way prejudiced for a definite time , on a
certificate of de by the delay . posit , in a bank which subsequently fails ,
Guardian - loss of ... 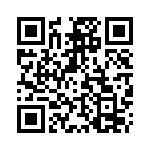