Página 24
While in East Africa , owing to several causes , the labour supply has become
scarcer , West Africa , in striking contrast , has been flourishing by the
encouragement of native plantations and holdings , which have led to a rapid
growth in the ...
Página 88
In Shipley ( sheep ) and Horsley the ley has become pasture - land . In Wheatley
it has been brought to a high state of cultivation . To these topographical terms
was prefixed a first element , either descriptive , e . g . Newton , Oldham ,
Thornley ...
Página 97
Quterdlutit — be small ' and they will become small ; and if they try to scald you
with boiling hot soup , say Nigdleqbe cold ' and it will turn cold . ” He is further
aided by a giant , answering to the spirit in the other version , and returns home to
... 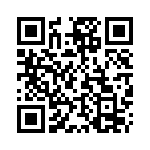