Página 10
9 . II The strange man was not Aladdin's uncle . He was a bad magician . The
magician came to supper that night . In the morning Aladdin went for a walk with
the magician . They walked and they walked . At last they sat down . The
magician ...
Página 11
The magician made a fire . The magician said something to the fire . Aladdin
looked down . There was a black cave under him . III The magician made Aladdin
go into the cave . Aladdin was to get a strange lamp . Aladdin did not like to go .
Página 114
21 wear small wore ah 9 story Aladdin tell 10 strange uncle said gold magician
walk 11 something black 22 crows rise lies late cave lamp cried closed 12 back
stood 13 slave 14 blue Slow sheep meadow CCW haycock fast wake if 15 kind ...
Página 118
This can be accomplished in several ways : ( a ) The teacher can tell part of the
story , as in Aladdin , writing such new words as strange and magician on the
board as she uses them orally , When interest is at its height , she can say , “
Shall ... 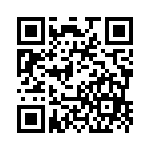