Persian literature over its long history has produced few women poets. Parvin I'tisami is to be counted among the most important of them, even though today she is often eclipsed by her younger compatriot, Forough Farrokhzad, a proponent of the new poetry. I'tisami's poetry is written in the traditional classical style, although, paradoxically, she came from a background that mixed the traditional and modern. Her father especially held modern views. He allowed Parvin to be educated away from the home, took her along on his travels, and included her in his (male) literary gatherings. He was a forward-looking intellectual who edited and published the important cultural journal Bahar, in which I'tisami's first poems were published, anonymously, when she was a young teenager. I'tisami herself was a founder of the Women's Center in Tehran, an institution seeking women's emancipation, including unveiling. Yet she sometimes veiled, and she kept public contact to the barest minimum. After a brief unhappy marriage, she worked for a short time in the library at the University of Tehran, but most of her life was spent within the family home. Farzaneh Milani, in her book Veils and Words, has claimed, however, that publication of I'tisami's diwan, the first ever by a woman, was an act of unveiling. I'tisami wrote in a variety of forms, including fables. Unlike other traditional poets, she did not write about love. Her poems have a great sadness about them, often bordering on the melancholy, and reveal her intense concern with the conditions of Iran's poor and disenfranchised. Yet, although the language of her poetry is simple, she did not use the colloquial language. Her translator, Margaret Madelung, calls I'tisami "a cultural and historical philosopher" and says that, because of the social issues that appear in I'tisami's work, "she is a reformer and belongs to the future, though her formal poetry may appear as a thing of the past. 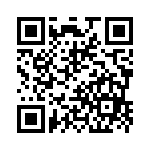