Pßgina 448
The fines ranged from $ 25 to Frank Ď . Jackson ; Auditor , J. A. Lyons ; $ 900 (
the latter was appealed to the Supreme Treasurer , Y. P. Twombly ; Attorney -
General Court ) , and imprisonments from 227 days to A. J. Baker ; Supreme
Court ...
Pßgina 467
LAW , CONSTITUTIONAL The important opin- act was unconstitutional , first ,
because it imion rendered by the United States Supreme paired the charter
contract of the railroad Court in the Virginia coupon cases is given in company ,
and ...
Pßgina 529
The Courts.—The Justices of the Supreme Judicial Court are much overworked,
a natural result of their constantly increasing duties, and, in many of the counties
of the Commonwealth, the business of the Superior Court, both civil and criminal,
... 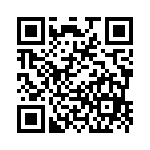