Página 56
RALPH L . HENRY MIAMI UNIVERSITY OXFORD , OHIO SOME THINGS THAT
ARE NOT SO In the December , 1926 issue of the Journal , in an article on
grammar dealing with subjects and objects ( p . 776 ) , there appears this
astonishing ...
Página 319
Another , “ He seemed to be inspired with love for the beautiful things of life ,
which inspiration , when coupled with his great sincerity , made him a truly
pleasing instructor . ” A girl speaks of her class as having " a delightful
atmosphere of ...
Página 796
Much rather would she have been one of those people like Richard who did
things for themselves , whereas , she thought , waiting to cross , half the time she
did things not simply , not for themselves : but to make people think this or that ... 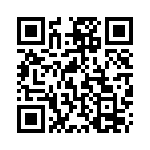