Página 7
In this unfortunate disposition of mind the nation continued during the whole year
1795. The summer, in particular, was marked by a variety of tumulus and riots.
These were occasioned by the methods practised in the enlisting of men for the ...
Página 27
He would ask every man of spirit and patriotism in that house, and in the whole
nation, whether such presumption were supportatle Could it be deemed unjust to
take up arms against so assuming and arrogant a people, or to frame ...
Página 37
... at a time when a complication of calamities had rendered the poor desperate, a
few wretches were guilty of outrages to him, for which they might have been
punished by statutes long existing, the whole nation is at once to lose the
privilege ...
Página 42
He spoke, with marked vehemence, against the bill for preventing seditious
meetings, as tending, in its infallible effects, to change the whole consttution. It
was only in popular meetings, he observed, that the real sentiments of the people
could ...
Página 44
The bill for the security of the sovereign was, on the thirtieth of November, taken
into consideration by a committee of the whole house of commons, when Mr.
Erskine opposed it by a variety of reasonings. He observed, that the bill
diminished ...
Siguiente »

Página 293 - ... a cordial, habitual and immovable attachment to it: accustoming yourselves to think and speak of it as of the palladium of your political safety and prosperity: watching for its preservation with jealous anxiety: discountenancing whatever may suggest even a suspicion that it can, in any event, be abandoned...
Aparece en 771 libros desde 1784-2007
Página 291 - States being not far distant, and the time actually arrived when your thoughts must be employed in designating the person who is to be clothed with that important trust, it appears to me proper, especially as it may conduce to a more distinct expression of the public voice, that I should now apprise you of the resolution I have formed to decline being considered among the number of those out of whom a choice is to be made.
Aparece en 505 libros desde 1797-2006
Más
Página 297 - There is an opinion that parties in free countries are useful checks upon the administration of the government and serve to keep alive the spirit of liberty.
Aparece en 551 libros desde 1796-2008
Página 300 - Why forego the advantages of so peculiar a situation ? Why quit our own to stand upon foreign ground ? Why, by interweaving our destiny with that of any part of Europe, entangle our peace and prosperity in the toils of European ambition, rivalship, interest, humor, or caprice?
Aparece en 1080 libros desde 1800-2008
Página 290 - ... it is essential to the due administration of the government, that the boundaries fixed by the constitution between the different departments should be preserved ; a just regard to the constitution, and to the duty of my office, under all the circumstances of this case, forbid a compliance with your request.
Aparece en 272 libros desde 1800-2007
Página 296 - This spirit, unfortunately, is inseparable from our nature, having its root in the strongest passions of the human mind. It exists under different shapes in all governments, more or less stifled, controlled, or repressed, but in those of the popular form it is seen in its greatest rankness and is truly their worst enemy.
Aparece en 508 libros desde 1800-2008
Página 301 - In relation to the still subsisting war in Europe, my proclamation of the 22d of April, 1793, is the index to my plan. Sanctioned by your approving voice, and by that of your representatives in both Houses of Congress, the spirit of that measure has continually governed me, uninfluenced by any attempts to deter or divert me from it. After deliberate examination, with the...
Aparece en 399 libros desde 1796-2006
Página 299 - It will be worthy of a free, enlightened, and at no distant period, a great nation, to give to mankind the magnanimous and too novel example of a people always guided by an exalted justice and benevolence. Who can doubt that in the course of time and things, the fruits of such a plan would richly repay any temporary advantages which might be lost by a steady adherence to it? Can it be that providence has not connected the permanent felicity of a nation with its virtue? The experiment at least is...
Aparece en 565 libros desde 1800-2008
Página 297 - ... the spirit of party. But in those of the popular character in governments purely elective it is a spirit not to be encouraged. From their natural tendency it is certain there will always be enough of that spirit for every salutary purpose, and there being constant danger of excess the effort ought to be by force of public opinion to mitigate and assuage it. A fire not to be quenched, it demands a uniform vigilance to prevent its bursting into a flame, lest instead of warming, it should consume.
Aparece en 587 libros desde 1797-2008
Página 202 - ... the happiness of the people of these States, under the auspices of liberty, may be made complete by so careful a preservation and so prudent a use of this blessing as will acquire to them the glory of recommending it to the applause, the affection, and adoption of every nation which is yet a stranger to it.
Aparece en 435 libros desde 1800-2007
Menos 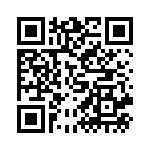