Página 161
Mr. Bruce , compared with his father , was , no doubt , a very poor creature , and it is not surprising that Murray , who venerated the one , should have despised the other ; but it does seem rather a stretch of bibliopolical authority ...
Página 172
... they ultimately carried to so great an extent was in 1807 , when Constable , to anticipate interlopers no doubt , startled the literary world by offering a thousand guineas for • Marmion ' . very shortly after it had been begun .
Página 353
It is thus evident that the Damuda Barakars extend from the Damuda , to the south of the Godavery , perhaps in an unbroken line , and there can be little doubt that they all bear coal . Some trials in the Kistnah district further to the ... 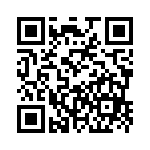