Página 17
The Celts were few and on the whole rather cowed by their ferocious enemies ; and if , as is supposed , Arthur's success gave them a good many years of peace , the feat was quite enough in itself to make his name remembered .
Página 307
What a deal of fun he poked at the ladies ! There was a craze for beautiful and costly fans . Tea - tables , receptions , the theater , the whole town were a - flutter with them . Wherefore , on a June day in 1711 , appeared a letter ...
Página 359
Horace Walpole , son of the great statesman Sir Robert Walpole , built for himself a Gothic castle on Strawberry Hill , adorned the interior with suits of medieval armor , and started a whole school of “ Gothic " novelists , by writing ... 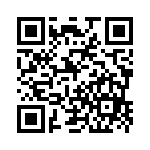