Página 79
Incidents and Marriages in and near London , 79 Mr. H. Bond , of Leicester - place , to devolves to his only snrviving hrother , Miss Maria Charman , late of the Adelphi . Bernard Morland , esq . of Winchendon , A. Ewart , esq . of the ...
Página 90
For Aylesbury , the late members , Lord square , William Watson . Nugent and Mr. Charles Compton Caven . At Monmouth , Mr. James Whitley , de dish , and a new candidate , Mr. Rickford , servedly respected . were put in nomination .
Página 94
304 From the length of time since the canCollins 299 vassing for this county commenced , from The late contest for the borough of the excess of party spirit with which it Bridgwater has afforded a striking in . had been carried on ... 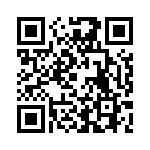