Página 118
A record may be produced and marketed for several young markets , but
producers usually aim at specific targets : the preteen , eight to twelve ; early teen
, thirteen to fourteen ; midteen , fifteen to sixteen ; late teen , seventeen to
nineteen ...
Página 163
... smokers from competing brands , or he can go after new smokers ,
conditioning them to consumption long before they have taken their first puff .
Pirating is usually attempted by give - aways , contests , rewards , etc . , but in the
industry ...
Página 184
Of the 30 percent of total newspaper editorial space , roughly one third ( 10
percent ) is usually devoted to feature material — astrology tables , advice
columns , funny pages , syndicated features , cartoons , editorials , letters to the
editor ... 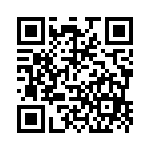