Stanley Harrold, professor of history at South Carolina State University, is the author of Subversives: Antislavery Community in Washington, D.C., 1828-1865 and The Abolitionists and the South, 1831-1861. 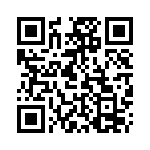