Daniel N. Shaviro is Wayne Perry Professor of Taxation at New York University Law School, where he has taught since 1995. He previously served on the faculty of the University of Chicago Law School from 1987 to 1996. Professor Shaviro was a Legislation Attorney for the US Congress's Joint Committee on Taxation from 1984 to 1987, and worked on the landmark Tax Reform Act of 1986. His previous books include Who Should Pay for Medicare? (2004), Making Sense of Social Security Reform (2000), When Rules Change: An Economic and Political Look at Transition Relief and Retroactivity (2000), and Do Deficits Matter? (1997). Professor Shaviro has served as a Visiting Scholar at the American Enterprise Institute and chaired the Tax Sections of the American Association of Law Schools and the American Law and Economics Association. He has published articles in the Harvard Law Review, University of Chicago Law Review, Michigan Law Review, University of Pennsylvania Law Review and Tax Law Review. His blog Start Making Sense can be found at http://danshaviro.blogspot.com/. 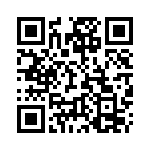