Mireille Delmas-Marty is Professor at the Collčge de France, where she holds the Chair in Comparative Legal Studies and the Internationalisation of Law. Her publications include Pour un droit commun (1994; published as Towards a Truly Common Law by CUP, 2001), Trois défis pour un droit mondial (1998) and Le Relatif et l'Universel (2004). She is also editor of Droit pénal des affaires (4th edition 2000).

J. R. Spencer is a Fellow of Selwyn College and Professor of Law at the University of Cambridge. His publications include Jackson's Machinery of Justice (8th edition 1989), The Evidence of Children: the Law and the Psychology (2nd edition 1993) and La procédure pénale anglaise (1998). He was also part of the international team of lawyers which produced the EU Corpus Juris project, proposing a unified European law for the prosecution of offences of fraud against the Community budget. As well, he was a consultant to Lord Justice Robin Auld's review of the Criminal Courts. 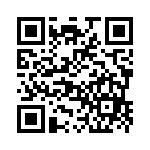