Página 92
The head of the bureau is known as the Superintendent of Elections , is appointed for five years , with a salary of $ 6,000 , BOROUGH OFFICERS - In each borough there is to be a president and a local board , who are to be elected for a ...
Página 162
The State Superintendent is given power to appoint a chief deputy , clerk , stenographer , and deputies not to exceed six hundred , each of whom is ... All persons so appointed may be examined as to the qualifications required by law .
Página 44
А trustee is appointed , either selected by the creditors at a meeting called for that purpose or , in case they fail to select a trustee , one is appointed by the Court . His duty is to collect the property , realize on the same in ... 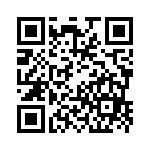