Pßgina 174
St. Peter both makes evident and answers the second great question which draws Milton into the epic and tragic realm , where doubts raised by resentful human bewilderment ask for ultimate answers , secrets known only to a wisdom above ...
Pßgina 206
These are , respectively , Orpheus and Peter . Both Orpheus and Peter have attributes that link them in imagery with Lycidas . Orpheus was also an " enchanting son ” or spirit of nature ; he died young , in much the same role as Adonis ...
Pßgina 290
Peter speaks of the same contemporary conditions the swain had deplored in lines 64-69 , but in his mouth the figure of the shepherd ... Peter's speech reminds him of what he has forgotten , but not in the solicitous manner of Phoebus .

M. H. Abrams, 1912 - 2015 Meyer Howard Abrams was born in Long Branch, New Jersey on July 23, 1912. He received a B.A. in English from Harvard University in 1934. He won a Henry fellowship to Cambridge University in 1935. He returned to Harvard University, where he received a Masters' degree in 1937 and a Ph. D. in 1940. He joined the Cornell University faculty in 1945 and taught a popular introductory survey class. While at Cornell in the 1950s, he was asked by publisher W. W. Norton to lead a team of editors compiling excerpts of vital English works. The first edition of the Norton Anthology came out in 1962. Abrams stayed on through seven editions. He was also the author of a popular Glossary of Literary Terms, The Mirror and the Lamp: Romantic Theory and the Critical Tradition, Natural Supernaturalism, The Milk of Paradise, and the essay collection The Fourth Dimension of a Poem. In 2014, he received a National Arts Medal for "expanding our perceptions of the Romantic tradition and broadening the study of literature." He died on April 21, 2015 at the age of 102. 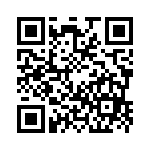