Pįgina 28
When the instrument is out of tune , the easiest way to adjust it is by pressing a
chording bar to test the tones of the chord rather than testing each string from one
end to the other . Curiously enough , everyone can hear the tones of a chord ( or
...
Pįgina 41
They can be bought either as a set or singly in any music store : a tambourine , a
triangle , a pair of sticks , a tone block , a small tom - tom , a bell , and a small pair
of cymbals . If you can find a pair of " finger cymbals ” about two inches in ...
Pįgina 258
A study of this song not only reveals that the first and the last parts , A , are similar
but also that the two middle phrases , B and C , have the same pattern of melody ,
B starting one tone higher than C . If you give your attention to three phrases ... 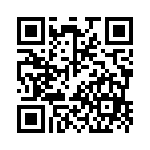