Jon Barton, from the Virginia Council of Churches, recommended this book highly. It is an anthology of journals, pieces of novels, poetry, etc., of people who have lost children through a variety of ... Leer comentario completo

Anne McCracken, coauthor of A Broken Heart Still Beats: After Your Child Dies, is a former newspaper reporter and feature writer. She lives in Maryland and is now working on other nonfiction books. She lost her young son, Jake, in 1989.

Mary Semel is a clinical social worker and a bereaved mother. In 1991,her 16-year-old son, Alexander, was killed in a car accident. She turned to reading to assuage her grief, as did Anne McCracken. As they shared our literary discoveries, they decided to compile an anthology in the hope they could help others. It became A Broken Heart Still Beats: After Your Child Dies.
She currently has a private practice in which she does individual, couple, and group psychotherapy. Previously, she worked for 15 years in addictions treatment programs at two local hospitals. In one, she was responsible for conducting family therapy for families of alcoholics and drug addicts as well as individual and family counseling. Her husband, Peter, is an attorney in Baltimore, and daughter, Hilary, practices maritime law in New York. 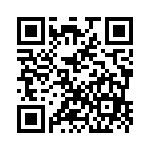