Isaac Todhunter (1820 - 1884), was an English mathematician who is best known today for the books he wrote on mathematics and its history. The son of George Todhunter, a Nonconformist minister, and Mary nee Hume, he was born at Rye, Sussex. He was educated at Hastings, where his mother had opened a school after the death of his father in 1826. He became an assistant master at a school at Peckham, attending at the same time evening classes at the University College, London where he was influenced by Augustus De Morgan. In 1842 he obtained a mathematical scholarship and graduated as B.A. at London University, where he was awarded the gold medal on the M.A. examination. About this time he became mathematical master at a school at Wimbledon. In 1844 Todhunter entered St John's College, Cambridge, where he was senior wrangler in 1848, and gained the first Smith's Prize and the Burney Prize; and in 1849 he was elected to a fellowship, and began his life of college lecturer and private tutor. In 1862 he was made a fellow of the Royal Society, and in 1865 a member of the Mathematical Society of London. In 1871 he gained the Adams Prize and was elected to the council of the Royal Society. He was elected honorary fellow of St John's in 1874, having resigned his fellowship on his marriage in 1864. In 1880 his eyesight began to fail, and shortly afterwards he was attacked with paralysis. He is buried in the Mill Road cemetery, Cambridge. 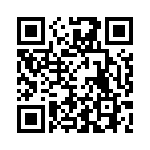