Página 33
The CIO Food, Tobacco and Agricultural Workers of America (FTA) in August,
1945, began its campaign in the canneries and signed up enough workers to be
able to obtain a representation election. From all indications, the Teamsters
Union ...
Página 109
Knowles had been counting on several factors, one of which was the election in
1960 of Kennedy and the appointment of former CIO counsel Arthur Goldberg as
the secretary of labor. This election might lead, Knowles figured, to the ...
Página 167
Bruce Page, Godfrey Hodgson and Lewis Chester, reporters for the London
Sunday Times, in their authoritative book on the 1968 election, An American
Melodrama, reported, "No other American politician could have drawn the
response that ... 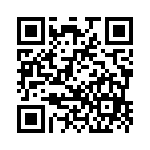