Página 22
Close to John of Beirut was his younger brother Philip, Bailli of Cyprus, whose
career belongs more to the history of the island than the mainland. By his
marriage to Alice of Montbeliard, however, he fathered the greatest figure of the
next ...
Página 128
John of Beirut admitted his debt to Ralph of Tiberias and King Aimery.43 Philip of
No vara claimed to have learnt law from Ralph of Tiberias, John of Beirut, Balian
of Sidon, William Viscount, Arneis of Gibelet, William of Rivet, Nicholas ...
Página 183
The vassals were divided as to what to do, but a strong party of 43 knights,
including John of Caesarea, who promised fiefs ... The imperial forces could not
be dislodged, but John of Beirut, satisfied that his castle could hold out, came to
Acre, ...

Jonathan Riley-Smith is Dixie Professor of Ecclesiastical History, University of Cambridge, and Fellow of Emmanuel College. 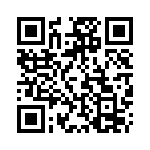