Página 215 - I thank God, there are no free schools nor printing, and I hope we shall not have these hundred years; for learning has brought disobedience, and heresy, and sects into the world, and printing has divulged them, and libels against the best government. God keep us from both!
Aparece en 827 libros desde 1803-2008
Página 217 - Woods, unable to bear either Cold or Hunger, knew neither how to build a Cabin, take a Deer, or kill an Enemy, spoke our Language imperfectly, were therefore neither fit for Hunters, Warriors, nor Counsellors; they were totally good for nothing. We are however not the less oblig'd by your kind Offer, tho...
Aparece en 285 libros desde 1800-2007
Más
Página 133 - But in view of the Constitution, in the eye of the law, there is in this country no superior, dominant, ruling class of citizens. There is no caste here. Our Constitution is color-blind, and neither knows nor tolerates classes among citizens.
Aparece en 613 libros desde 1896-2008
Página 22 - Moreover of the children of the strangers that do sojourn among you, of them shall ye buy, and of their families that are with you, which they begat in your land: and they shall be your possession.
Aparece en 416 libros desde 1805-2008
Página 63 - States, and still believed of consequence to their prosperity; and shall we refuse to the unhappy fugitives from distress that hospitality which the savages of the wilderness extended to our fathers arriving in this land? Shall oppressed humanity find no asylum on this globe?
Aparece en 133 libros desde 1802-2007
Página xiv - Congress shall make no law respecting the establishment of religion, or prohibiting the free exercise thereof...
Aparece en 516 libros desde 1826-2008
Página 52 - All possess alike liberty of conscience and immunities of citizenship. It is now no more that toleration is spoken of, as if it was by the indulgence of one class of people, that another enjoyed the exercise of their inherent natural rights.
Aparece en 204 libros desde 1824-2008
Página 151 - I walked the floor of the White House night after night until midnight ; and I am not ashamed to tell you, gentlemen, that I went down on my knees and prayed Almighty God for light and guidance more than one night. "And one night late it came to me this way — I don't know how it was, but it came...
Aparece en 204 libros desde 1904-2008
Página 22 - And he that stealeth a man, and selleth him, or if he be found in his hand, he shall surely be put to death.
Aparece en 863 libros desde 1803-2008
Menos 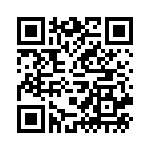