Página 354
partment , define the duties of such officers , employees , and agents and to delegate to them any of his powers , duties , and responsibilities , subject to his control and under such conditions as he may prescribe .
Página 360
Until then the former departments or agencies vested with the functions , rights , powers , duties , and funds shall continue to exercise and perform such functions , rights , powers , and duties and to have charge of such funds . Sec .
Página 395
Deputy clerks , employees ; powers , duties . The clerk of said court , with the consent and approval of the judges shall have the power to appoint a chief deputy clerk with like powers of the clerk , but acting under authority of said ... 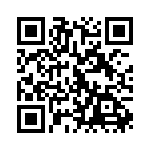