Iain Murray's book is a concise presentation of the unintended consequences of environmental policies. He gives seven case studies where policies is actually harming the environment and people's ... Leer comentario completo

Very well written and a quick read. The author makes a very compelling case against global warming dogma. Have to assume sub-3 star votes either 1) didn't read it and down vote out of commitment to their cult religion or 2) just completely disagrees with the author. Person 1 is a worthless stooge, but I'd sincerely like to hear from person 2.

Iain Murray is the Competitive Enterprise Institute's vice president of strategy. For the past decade with the Institute, he has written and researched on financial regulation, labor, employment and immigration regulation, and free market environmentalism. Iain is married with two children and lives in Northern Virginia. He was born in the United Kingdom and worked for the Thatcher and Major governments before privatizing himself out of a job and coming to America to marry the love of his life. Iain is a member of the Church of England but his wife and children are Roman Catholic. He also lectures regularly in Europe and the Mediterranean, in places as diverse as Belgium, France, Bulgaria, Germany, Cyprus, Israel, and Turkey. Iain considers himself a Europhile Euroskeptic, and was runner up (with Rory Broomfield) in the Institute of Economic Affairs 100,000 Euros "Brexit Prize" in 2014. He writes short articles regularly for FEE.org, National Review, The American Spectator, and other commentary sites. Iain has appeared in The Wall Street Journal, The Washington Post, The Financial Times, and on broadcast news such as the BBC, NBC Nightly News, Fox New Channel, CCTV, and Al-Jazeera. 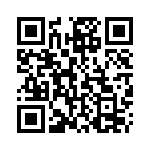