Mary Elizabeth Braddon, the daughter of a solicitor, was educated privately. As a young woman, she acted under an assumed name for three years in order to support herself and her mother. In 1860 she met John Maxwell, a publisher of periodicals, whose wife was in an asylum for the insane. Braddon acted as stepmother to Maxwell's five children and bore him five illegitimate children before the couple married, in 1874, when Maxwell's wife died. Braddon's most famous novel, Lady Audley's Secret (1862), was first published serially in Robin Goodfellow and The Sixpenny Magazine. One of the earliest sensationalist novels, it sold nearly one million copies during Braddon's lifetime. Its plot involves bigamy, the protagonist's desertion of her child, her murder of her first husband, and her thoughts of poisoning her second husband. The novel shocked and outraged her contemporary, Margaret Oliphant, who said Braddon had invented "the fair-haired demon of modern fiction." Throughout her long literary career, during which she wrote more than 80 novels and edited several magazines, Braddon was often excoriated for her penchant for sensationalizing violence, crime, and sexual indiscretion. Nevertheless, Braddon had many well-known devotees, among them William Makepeace Thackeray, Edward Bulwer-Lytton, and Robert Louis Stevenson. Braddon died in 1915. 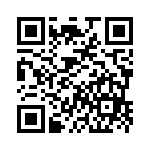