Vincent Gerald O'sullivan was born on September 28, 1937 in New Zealand. He is a poet, short story writer, novelist, editor, and playwright. He was chosen the New Zealand Poet Laureate for the term 2013-2015. He attended Grey Lynn and Sacred Heart College. He graduated from the University of Auckland aand Oxford University. He then went on to lecture at Victoria University of Wellington and the University of Waikato. His poetry titles include Our Burning Time, Bearings, Butcher and Co., and The Pilate Tapes. His short stories include: The Boy, The Bridge, The River; Survivals, and Palms and Minarets: Selected Stories. In 2015 his work, Grahame Syndney Paintings 1974-2014, made The New Zealand Best Seller List. 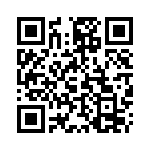