Dr. S.A. Sherif is a professor of mechanical and aerospace engineering at the University of Florida. He is editor-in-chief of the ASME Journal of Thermal Science and Engineering Applications (2014-2019), an emeritus editor of the International Journal of Hydrogen Energy, a subject editor of Solar Energy, an associate editor of the ASME Journal of Heat Transfer (2007-2011), and is on the editorial boards of 18 other thermal science journals. He is a Fellow of ASME and ASHRAE, an Associate Fellow of AIAA, a member of Commission B-1 of the International Institute of Refrigeration, and a member of the Advisory Board of Directors of the International Association for Hydrogen Energy. He has over 300 refereed publications, 21 book chapters, 100 technical reports, and two US patents.

D. Yogi Goswami, Ph.D, PE is a distinguished university professor and director of the Clean Energy Research Center at the University of South Florida. He is the editor-in-chief of the Solar Energy Journal. He has published as an author or editor 16 books, 14 book chapters, and more than 300 refereed technical papers. He also holds 18 patents, and has received more than 50 awards and certificates from major engineering and scientific societies for his work in renewable energy. Dr. Goswami is a Fellow of ASME, AAES, ASES, ASHRAE and the National Academy of Inventors. He is a member of the Pan American Academy of Engineering.

Dr. Elias Stefanakos is professor of electrical engineering and director of the Clean Energy Research Center (CERC) at the University of South Florida (USF) located in Tampa, Florida, USA. He is editor–in–chief of the Journal of Power and Energy Engineering (JPEE) and co-editor-USA of the Journal of Asian Electric Vehicles. He has published over 200 research papers in refereed journals and international conferences in the areas of materials, renewable energy sources and systems, hydrogen and fuel cells, and electric and hybrid vehicles. He has been a consultant for a number of companies and international organizations.

Dr. Aldo Steinfeld is professor at the Department of Mechanical and Process Engineering of ETH Zurich. He further directs the Solar Technology Laboratory of the Paul Scherrer Institute. He has authored over 250 refereed papers and served as editor-in-chief of the ASME Journal of Solar Energy Engineering. His contributions to science and education have been recognized with the ASME Calvin W. Rice Award (2006), the John I. Yellott Award (2008), the European Research Council Advanced Grant (2012), the ISES Farrington Daniels Award (2013), and the ASME Heat Transfer Memorial Award (2013). He is member of the Swiss Academy of Engineering Sciences. 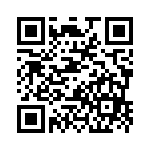