Steven Shankman is Professor of English and Classics at the University of Oregon and author of Pope's "Iliad": Homer in the Age of Passion (1983). 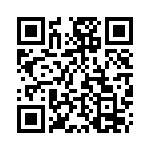